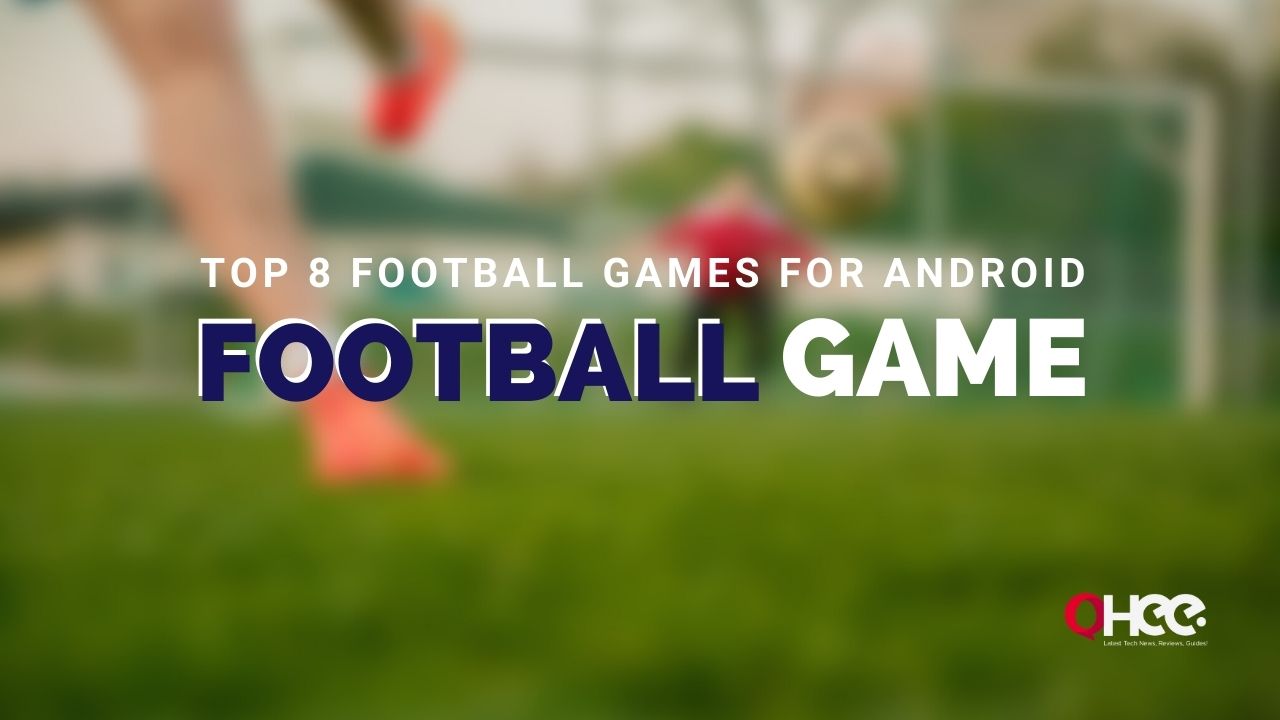 As football or soccer became popular among us, now games are providing the same experience to play and enjoy with our friends.

Are you looking for the best games to play on your mobile device? Then you landed in the right place. You will know about the top 8 football games for Android devices.

OSM (Online Soccer Manager) is a free downloaded game. You can play this game for free and if you want to make some money playing the game then you can buy some games to play and win prizes and real money as well.

You will enjoy all the real experiencing moments and authentic football leagues in this game. This game has about 10m+ users and the game is only 44MB.

Some distinctive features of this game

This mobile game is considered as top football games for android and it is most popular among gamers as well. You will need to connect to the internet when you start playing this game. Additionally, you will require 1.9 GB of free space to download this game.

Related – 20 Most Addictive Games for Android

Some highlights of this game are

FIFA Mobile is also a popular football game in the world. EA Mobile has developed this football game. It gives you a better experience in playing. The game was released on 11 October 2016 and it was available for both operating systems as well. This game has 100m+ users.

This game has some distinctive features

Football stars are also a popular sport. The game was released in 2014 on 11 June. In this game, you can play online PvP multiplayer sports with a friend.

You may know that the latest multiplayer game play became more addictive for gamers. It allows you to have max 5-star multiplayer online, you can play it offline as well.

You can challenge your colleagues and friends, take them to the football field, and play against the other football clubs and win the game.

Some salient features of this game

This game also allows you to play for free, but if you want to make some money while playing the game, you can buy some assets. It was released in 2015, the game’s developer and publisher are First Touch Games.

You make a hero from a pass, shoot and make your way into a mythical position. The game includes 800 default challenge levels. You can download this game using both Wi-Fi and mobile data. The game has around 100m+ users and is only 86MB games.

This game has some amazing features

Soccer Cup 2022 is also a popular sports game. If you want to become a real football star in the best football games of 2021, win a football cup, then you must try this.

It is the top and best football game for Android users. You show the world who has the best football team on the planet and becomes a football star.

24 May 2018. Train, develop yourself, hit the ground, and become a soccer star. Live and breathe a beautiful game created with the superior realism of football. There are two types of style in this game: Weather and Practice.

It is one of the most played football games that you have never played before. This lets you invite your friends to play football in multiplayer mode. The feature is that it will let you take your shots to make an amazing save.

Enjoy playing against your colleagues and friends, and accept challenges from players from all over the world. In addition, there is a career mode where if you win the game you will be awarded a medal. The interface of this game is really amazing and smooth.

Final Kick offers you 20 free offline tournaments. One of the new things in this game is that the game hosts weekly football tournaments, so you can measure your real football skills against the best players in the world.

If you are new in gaming and want to get a better experience playing football on your android mobile device, then I would suggest you pick one of them and give it a try.

As soon as you will experience playing smoothly with your favourite players, the master, then enjoy playing it over again.